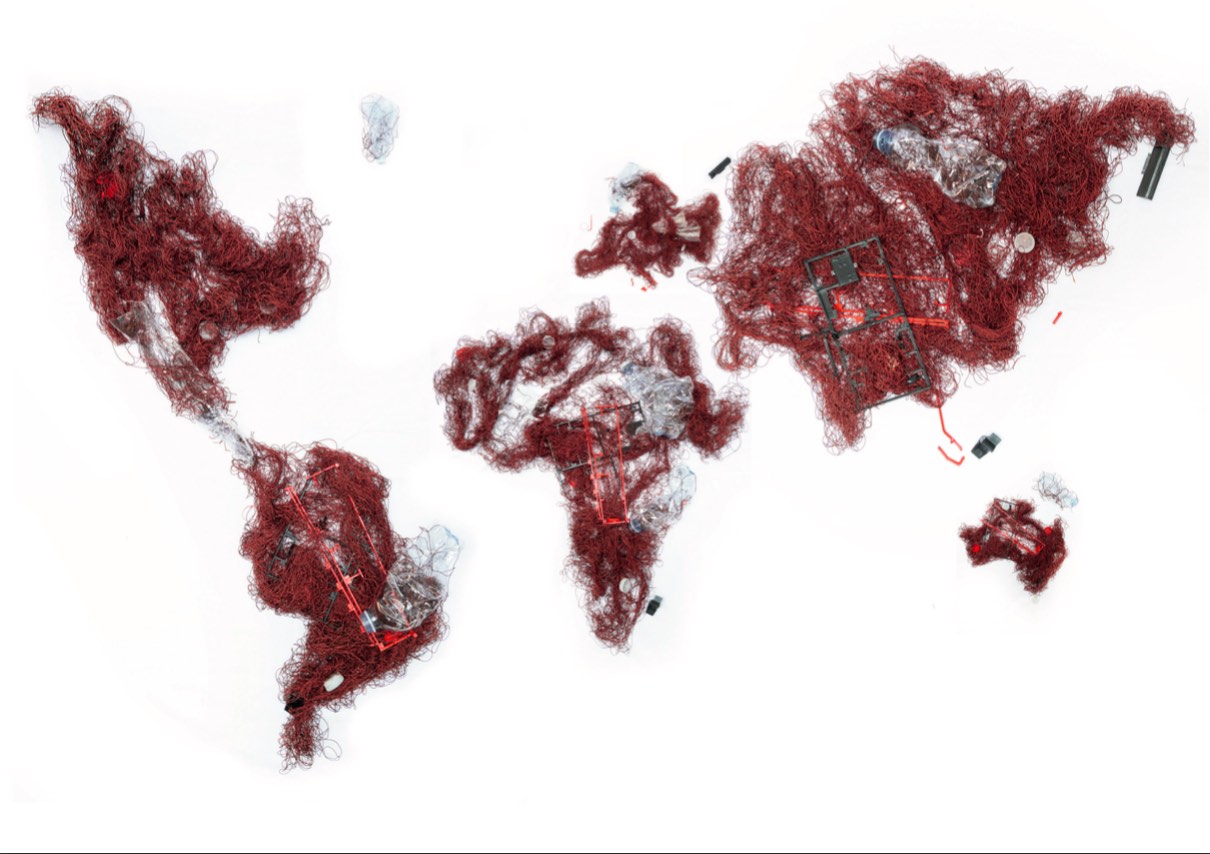 «We aim to tell stories that can be understood by everyone and with which the viewer can empathise». This is how Maria Chiara Maffi and Chiara Giancamilli, an artistic duo born in 2018 known as MC2.8, introduce themselves. Minimalism, colour and linearity are the basis of their work.

Even when they have to talk about pollution, a theme that unfortunately has very little minimalism. Their most important project is Opera Nostra (Our Work), a reflection on the amount of plastic thrown into the sea through rivers every year: of the 122 most polluted rivers, 103 are in Asia, eight in Africa, eight in South and Central America, and one in Europe. And it is precisely this enormous tide of plastic that the two artists have decided to focus on.

The great rivers carry the tide of plastic: the most polluted in the world are the Nile, the Amazon, the Danube and the Yangtze, the main subject of the duo research. The project Opera Nostra was developed thanks to many collaborations, including one with the Ecosac/Italrec Srl plastic recycling company in the province of Bergamo, the Carretta turtle protection association in Calabria and the Noth Sails company. The result is a serie of symbolic images of people and animals trapped in plastic, printed on related materials. The project was also published on the United Nations website.

Another interesting project they have developed is 1968, a re-elaboration of public domain shots found on the web of the year symbolic of revolution, to pay homage to those who fought for ideals that changed society indelibly.
Published in magazines and exhibited in various exhibitions, both individual and collective, the young photographers keep on transforming social issue in photographic projects.

Maria Chiara Maffi was born in Bergamo in 1992.
She took part in many national and international exhibitions and photography awards. Her research investigates aspects of modern society and family ties with a disorientation between past and present, which it is able to bring to a timeless place. She is one of the winners of the first edition of the “New-Post Photography Award? 2020” curated by MIA Photo Fair with her work:”I have brown eyes”.

Chiara Giancamilli was born in Rome on 6 August 1993.
In 2019 she exhibited at the 7th modern and contemporary art exhibition / market Pavia Art, later at VeniceArt – the Arsenale (Roncade). MC2.8 solo exhibition “La trasparenza dell’immagine” opens at Specchio41 (BS) and she was selected as a finalist of Premio Nocivelli with her work: “Sei albina da sempre?”.

You’re Still Young presents a selection of young photographers, whose visual languages are a breath of fresh air, an artistic push away from stereotypical production. With YSY agencies, media and companies have a new easy access to talents, able to create and develop visual communications with a “young” flair: artistic and creative.