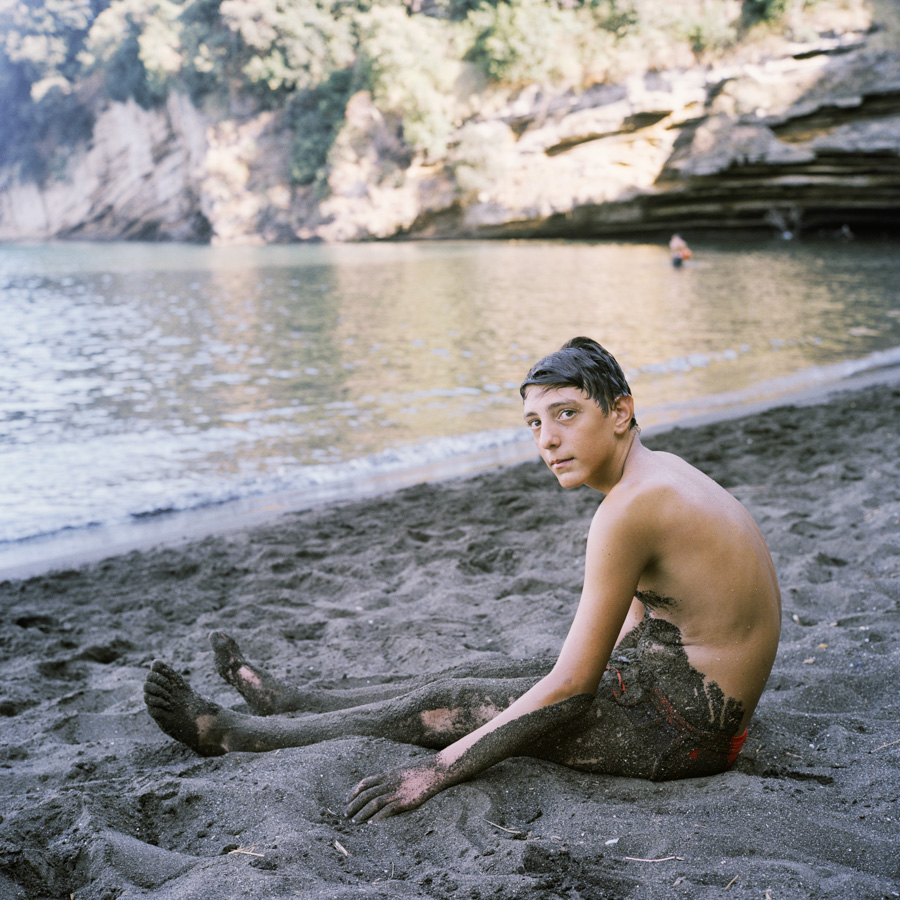 The work and research of Marta Giaccone (1988, Milan, Italy) focus on family and youth with a particular interest in the feminine perspective. She is also drawn to the juxtapositions of cultures and ideologies found within contemporary American society. Her long-term documentary projects, shot on medium and large format film, have an intimate and contemplative approach.
One of her ongoing long projects is Ritorno all’Isola di Arturo, a photographic account of the adolescents of Procida, inspired by Elsa Morante’s worldwide famous novel, winner of the Strega Prize in 1957.
Like Elsa Morante’s narration of the life of Arturo, who lives his wild and magical childhood and adolescence in the late 1930s, this photographic project enters the life of a group of young inhabitants of the island, with the aim of depicting a delicate and tumultuous period of their growth.
This journey shows dreams, desires and daily life of girls and boys in the southern Italian region of Campania, on a small island – just four square kilometres. Here young people grow up freer than in the city, but at the same time more protected and subject to fewer stimuli. Marta’s project dives into the lives of Procida adolescents, with the aim of discovering a small part of the world outside of time, where young people are rooted in their land and yet sometimes dream of faraway places, but always with the idea of ultimately returning to stay.

Her clients include The New York Times, Vogue Italia, D la Repubblica, Esquire Italia, Libération, De Volkskrant, Il Corriere STYLE Magazine, i-D Italia, Audi. Her images have appeared on numerous print and online publications. She worked for Richard Mosse as a production assistant for Incoming and Heat Maps; for Magnum Photos NYC, Bruce Davidson, Alessandra Sanguinetti and Mary Ellen Mark as an intern.She received an MA in Documentary Photography at the University of South Wales, Newport, UK, in 2014 and a BA in English and Hispanic American Literatures at the University of Milan, Italy, in 2011.

You’re Still Young presents and promotes a wide selection of young photographers, whose new communicative languages are a breath of fresh air, an artistic push away from stereotypical production.
YSY provides new easy access to talents, for agencies, newspapers and companies, who pay attention to emerging creativity and want to develop visual communications related to the “young” image: artistic and creative.

Post precedente: « You’re Still Young
Post successivo: Where do the mysterious Pandemic Postcards come from? A project across times by photographer Nicola Bertasi »