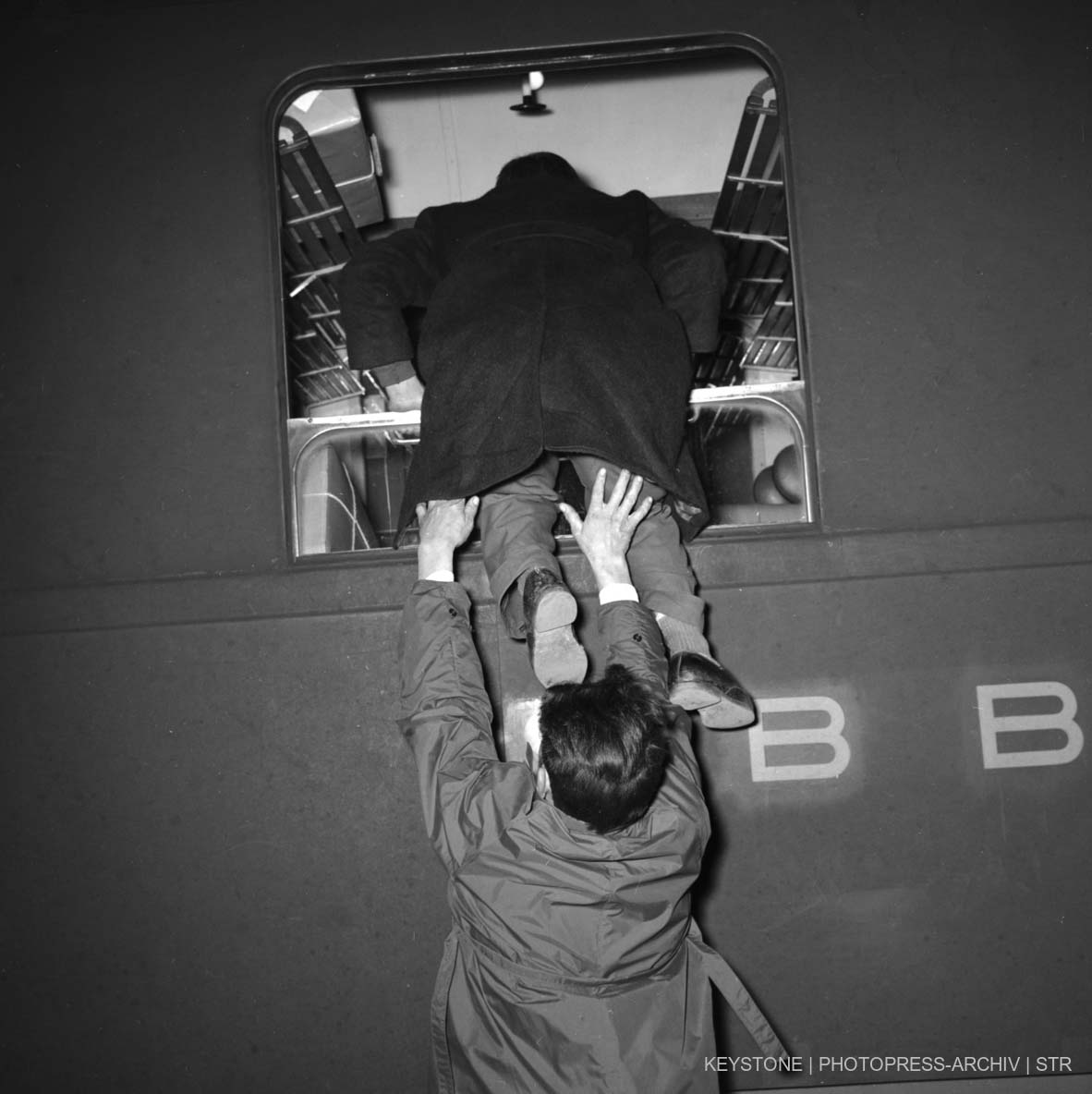 Article 1 of the Italian Constitution reads as follows: “Italy is a democratic Republic, founded on work” and while this article was approved, on March 22, 1947, thousands of people took trains and ships to leave their Bel Paese (Beautiful Country). The transformation of Italy, in the years following the Second World War, gave absolutely no work to all, indeed: many jobs at this very moment in history died leaving experienced craftsmen, peasants, bricklayers, seamstresses, without a future, unable to support themselves or their families. In those years Italy was a country with an exorbitant high percentage of emigration.

This story, lived by millions of Italians, is not well known in detail, and in any case, it is quick forgotten, when marginalisation affects other people, other communities. But the journalist from Repubblica, Concetto Vecchio, born and raised in Lenzburg (where I myself immigrated 6 years ago), in the book “Cacciateli”, published by Feltrinelli and, given the success, coming out next year with Orell Füssli in German language, wants to remind us of our hard past: when Switzerland was a place of arrival, full of promises of well-being, but also many harshnesses, for nearly 2 Millions Italians in few decades.

For its stop in Lenzburg, we have enriched the presentation of the book with a historical photographic exhibition Da casa a ZuHause, supported by the Cultural Committee of the City of Lenzburg and the ACLI Lenzburg, which closely and vividly shows this hard events, seen from here.

The book and the exhibition are a journey, which is good to undertake to remind us where we started and where we arrived. Because integration is an important and attainable objective.

We addressed some questions to Concetto Vecchio, who will be back in Switzerland in the next few days in Bern on the November 29th in the Casa d’Italia and in Geneve on the November 30th at the Società Dante Alighieri.

What gave rise to the idea of writing a book on Italian immigration in Switzerland and why now?

I wanted to return a forgotten piece of memory. There was a double need: to tell the story of the referendum against foreigners in 1970 and to give a face to those men and women whom James Schwarzenbach, the promoter of the initiative, intended to expel, among them were my father and my mother. I realized that I didn’t know this story well, and I hardly knew anything about my parents’ past. I felt the need to deal with myself. Renato Guttuso once said that at a certain point a man looks in the mirror and sees his father there: that moment for me came at the end of last year.

In your book you mix your personal family history with the collective history of many immigrants. Where did your research start and what sources allowed you to really get an overall picture of the history of immigrants in Switzerland?

I interviewed many migrants, starting with my parents. I have consulted Italians, Swiss and German newspapers of the time. I’ve seen a lot of archive videos, from Rai and SRF. I watched Schwarzenbach’s bequest at the Sozialarchiv in Zurich. I read everything I found on Schwarzenbach, starting with his two biographies. I’ve found useful information from about sixty books. Finally, the vision of the documentary “Siamo Italiani” by Alexander J. Seiler was fundamental.

You are presenting your book in many appointments, gaining a great participation and a strong emotional response. What is the meeting with your readers teaching you?

That many, like me, did not know this story, or that they had removed it. When I presented it in Lugano, many of those present burst into tears as they intervened in the debate. It was moving”.

How do you think the book can help reflection on immigration and reception today?

To make us understand that this story of emigration is our memory, it concerns us powerfully. Since 1860, 30 millions of Italians have emigrated to the world. In Italy, the populists in government until a few months ago built their identity on racism and on “closed ports”, forgetting that at the beginning of the twentieth century millions of Italians emigrated as illegal immigrants to America, and that in Switzerland, in 1970, a referendum was held to drive them out of a country that had no unemployment.

In our Blog, we have a question that we like to ask all the interviewees. What did you dream of becoming when you were a child? And does your current job reflect that dream?

I’ve always wanted to be a journalist. When I was 7 years old there was a questionnaire in the school diary and among the questions there was also one on “Traumberuf”, the dream job. I wrote: sports journalist. My vocation has remained intact. I was lucky.