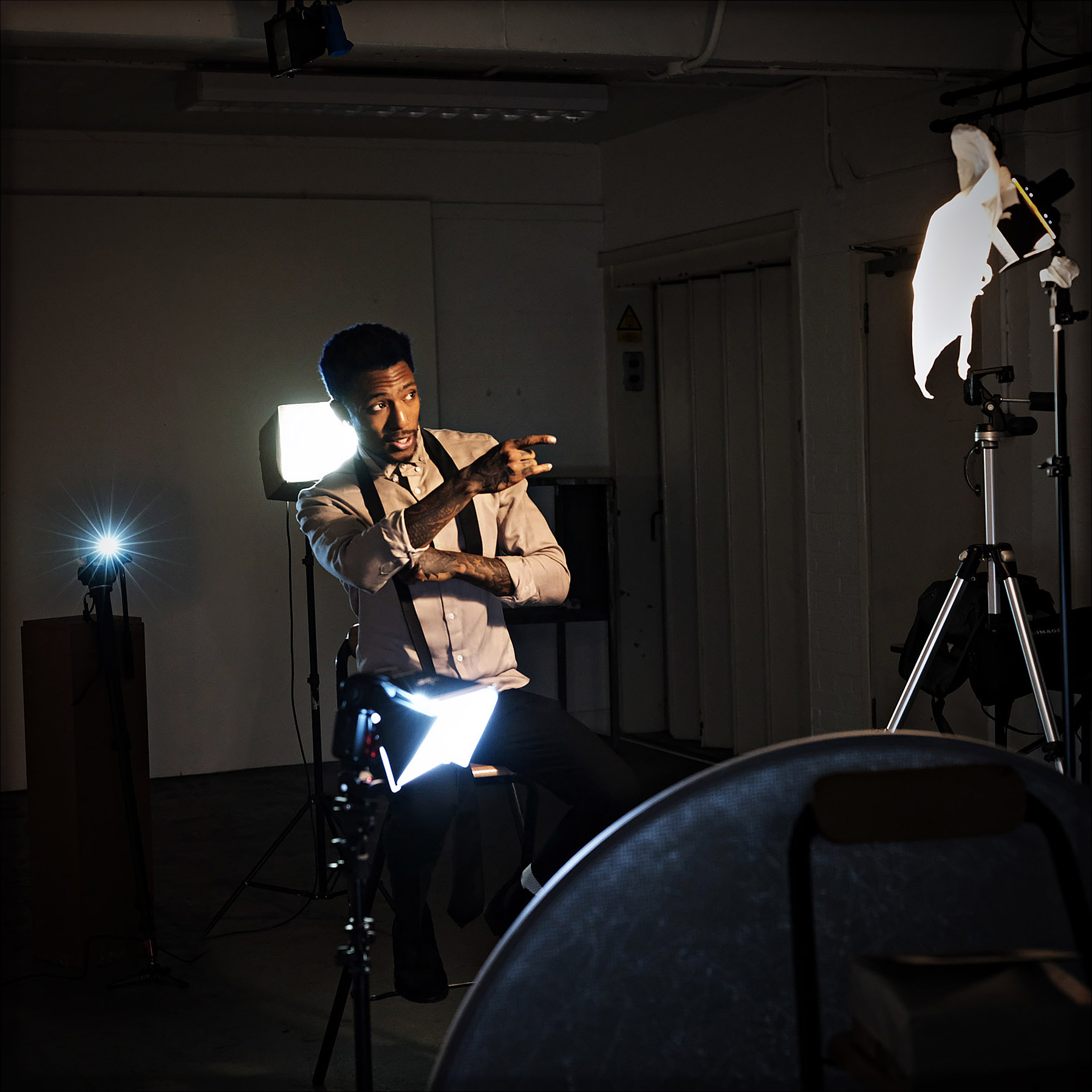 When I first met Rino, he was the warm voice I used to hear over the phone from Corriere della Sera, my most prestigious client when I was account manager at the Alinari Archives, in Florence. One day we agreed to meet in person: I entered the newspaper’s renowned newsroom in Via Solferino in Milan with great emotion and a little bit of anxiety. Rino, who was waiting for me, was busy choosing images for the next day’s Culture section pages. He welcomed me with great affability, showed me how the editorial staff worked and we started talking about photography. The result of that meeting was the beginning of a beautiful friendship, where the world of photo editing and our shared passion for photography gave us a lot to talk about – and still does.Years later, when he told me that he was leaving Milan and his permanent job to study photography in London (he already knew a lot about it in my opinion!), I was obviously surprised by the news. Why? Actually I also left Florence and my permanent job just a few months later, to come to Switzerland and start at the same time the adventure of Yourpictureditor. Why this choice? Rino tells us about his decision and what he has undertaken in London – as life for a photo editor is always very adventurous! It’s worth adding that the aim of this series of interviews about us at Yourpictureditor is to showcase the amazing professionals who believe in this projects and to make clear (especially to friends and family) what kind of job we do: we usually do not take pictures … Rino, however, is an exception, as he does take pictures now!

What made photography and visual arts your job?

My professional career can be roughly divided in two parts. During the first half, as a visual journalist for the “Corriere della Sera” newspaper (in Milan, Italy), I used to process and transform what my colleagues had produced: in the beginning, by providing graphics and other design elements for the news stories of the day; then, progressively more and more, by editing and commissioning pictures. In the second half of my career, once based in London I moved to the opposite side of the barricades, so to speak, as I started producing my own visual content such as still pictures and short films – still for the Corriere della Sera for a while, then for NGOs and other commissioning clients.

It’s a multifaceted professional path, made up of projects that have been giving me the great opportunity to explore new languages, from photofilms to interactive websites. I like to consider my career as a constant “variation on theme” within the visual arts realm – where photography has always played a big role, and in fact an essential one these days, now that I mainly work as a portrait photographer.

What made you leave your fascinating and secure job in Milan and start a career as a photographer in London?

I probably got my midlife crisis a bit ahead of time – I came to the conclusion that enrolling for a Master’s degree in Photojournalism would have been a nice break from the exciting adrenalin-fuelled life in a newspaper, which in the long run can be very tiring too. London seemed to me a stimulating place to be, with fellow students coming from all over the world.
Then my Uni’s final project got shortlisted for an international film festival – I got goosebumps when I saw my pictures being shown on the silver screen and this was the tipping point: I wanted to produce my own content. All the freedom one gains by becoming freelancing comes with ups and downs and tough decisions on how to invest your time, but it’s all worth it.

Which project, among the many you’ve worked on, has played a particular role in your career trajectory? And which one has been the most amusing so far?

Going through and editing 30,000 (!) pictures of Pope John Paul II in the weeks leading to his death truly left a mark on me, but with hindsight I am grateful to my then boss, the art director Gianluigi Colin, who gave me the gruelling task.
In more recent years, short films I have co-directed (first-person accounts of a survivor of the Utøya massacre  and of a transgender sex worker/fierce human rights activist  , among other, has taught me a lot, both about the power of storytelling and the importance of team work.
As for the most amusing project I’ve worked on – as strange it may sound, it’s when projects come with challenges and constraints that I enjoy them the most. I managed to make a 1-minute long photofilm by using just one still image – that was fun!
Together with model Stefania Cannone, I am currently working on a site-responsive photo art project called Out of (this) place. My London studio is in a former local council office building that has been stripped-out and converted into artist’ studios – we are living on borrowed time, as the building will be demolished at some point. It has such a spooky (and somehow ghostly) feel to it! We explore this fascinating space / get inspired by it during our fortnightly meetings and we take pictures. As the narrative of this book is going to be largely fictional -and I still feel I have journalistic roots- it’s taking me out of my comfort zone – which it’s something I really like.

I’ve always been intrigued by the real emotional connection, even very short, between photographer and sitter – that’s why portraiture -specifically, the so called “authentic portraiture”- has been an underlying professional interest that somehow I managed to feed even when my job title was different.
I’ve spent more years shooting with films than shooting with digital cameras. The raw excitement of seeing wet prints taking shape in a red-light darkroom with my mate Gaetano when we were teenagers is still so vivid in my mind. So, although I work in a digital setting nowadays, I tend to have, when possible, slow paced portrait sessions, using the tripod (and natural light as much as I can), with a limited number of shots, pretending that my images are being recorded on a film cartridge and not on an SD card.
My retouch is fairly minimal and I don’t airbrush faces. I aim to get the picture right while taking it instead of spending hours afterwards trying to resuscitate it – and yet I feel like I am spending way too much time in front of a screen!

Did any artist or any specific image trigger you passion for photography and the visual arts?

Henri Cartier-Bresson – without a shadow of a doubt. His masterfully composed frames, the decisive moment, the respect he bore to his subjects have fascinated me for decades. When it comes to moving images, I am utterly intrigued by Alejandro González Iñárritu and his parallel narratives.

Is there any image that has struck a chord with you these days?

This image by Ian Howorth: film is film and no Photoshop plug-in will ever replicate it. Many of the portraits taken by Daniel Murtagh because of their pictorial quality and, generally speaking, Hellen van Meene’s work.

Why did you yes to the Yourpictureditor project?

I believe that Yourpictureditor is a very ambitious project and there is high quality attached to it. Yourpictureditor springs from a true love for photography – which is a good enough reason for me to give my tiny contribution to it.

What was your childhood dream job? Does your current job relate to that dream?

When I was a child I was fascinated by wood and metal, I loved taking things apart and then putting them back together (when possible). It’s a pity that what I do these days (what we all do…) is not so tactile, but I like to think that creating images is somehow the continuation of my childhood curiosity by other means.

Rino Pucci is an Italian-born, London-based photographer and visual content producer with a multifaceted career in storytelling and multimedia. Alongside his practice as a visual journalist for major news organisations, he has built an eclectic body of work – with both still and moving images – which spans from award-winning photofilms to documentaries and interactive websites for NGOs to shorts for wine makers and farmers.
His work has appeared in various print and online publications, including the BBC, The Guardian, US News Photographer , Spotlight and Corriere della Sera.
As a portrait photographer, he likes working with other creative souls, such as dancers, musicians, actors, designers, as he loves the sparkle that each portrait session generates.

Yourpictureditor. We are an international network of photo editors, expert in visual communication. Our activities are photo & video research, copyrights management, portfolio editing, photo research and production for social media, support for photo-projects. Through this Blog we deepen the themes that are at the heart of the photographic scene, talking with the main players and participating in the dissemination of photographic culture. Get in touch.

Photo credit: Behind the scene from a portrait session with model Miles Lucien-Walters
All images © Rino Pucci

This site uses Akismet to reduce spam. Learn how your comment data is processed.