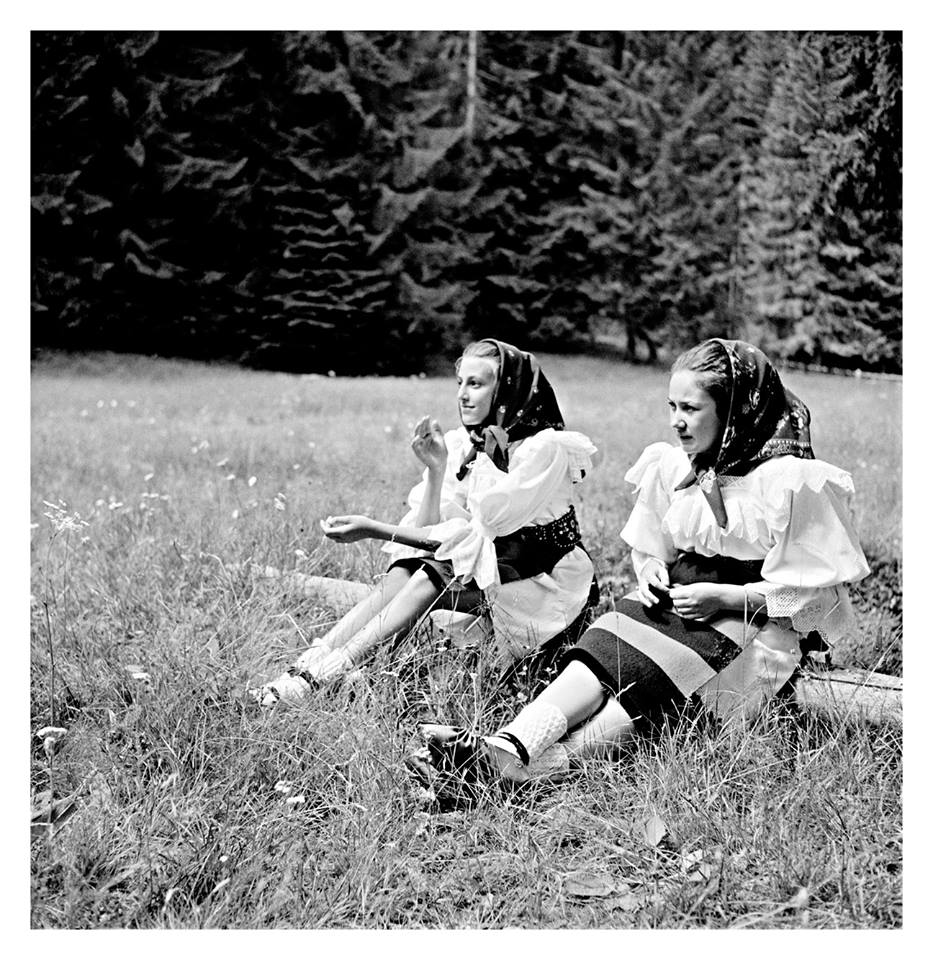 Two photographers, two glances and an old FIAT Panda. This is how Nicola Bertasi and Marzio Villa began their journey to the Maramures, in Romania. A place far from contemporary Western styles: here traditions reign, they are alive, they light up the lives of their inhabitants. To observe the images, one is plunged into an archaic past, travelling in a time in which the inhabitants of this place become main actors, perhaps directors, of a life in which every moment is shared between rituals and myth. A journey told in an exhibition La Dernière Lune opens today at the Romanian Cultural Institute in Paris and is curated by Valeria Ribaldi, who has kindly replied to Yourpictureditor’s curiosity.

This exhibition is in a gallery in Paris, with two young authors and the Romanian Cultural Institute and you are the curator. How did this collaboration start?

I met Nicola Bertasi in 2013 when my experience in Milan had just begun. At that time I was working for an agency that dealt with communication projects related to photography and, at the same time, I continued to work as a photo editor with the Roman editorial staff of The Trip, a free press of travel and culture.
With The Trip we chose stories that had a strong personal mark, outside the traditional travel schemes and the most popular itineraries.
That’s how, when Nicola told me about his journey with Marzio Villa in the Maramures, it seemed to me to be the perfect experience to be reported to the readers of the magazine.

What attracted my attention at the time was, in addition to the poetics of their images, also the research behind this journey and the reasons that led the two authors to start a journey from Paris through the Carpathian Mountains with an old Fiat 500 till the Maramures.
The search for another image of Europe, unknown and ‘magical’, had also intrigued me. I met with Marzio Villa in this subsequent evolution of the project that led us to organise the exhibition at the Romanian Cultural Institute in Paris, reviewing all the images of the project and giving it a form.

La Dernière Lune is a two-handed work by Nicola Bertasi and Marzio Villa. What struck you about these images and how do the photos dialogue with each other?

The first impression I had when I saw the images of Nicola and Marzio, is that they really had lived an experience out of time. At first glance they might have looked like archive images taken 60 years ago.
I’m not just referring to costumes that can recall a folklore we know, but to people’s faces, atmospheres and rituals that have remained impressed in the film.

Although Nicola and Marzio have two very different photographic styles, one cleaner and brighter and the other that favours blacks and materiality, both send us back to a unique experience, filled with warmth and spirituality.
Through their eyes we enter the lives of others, in a world that is far away for us but obviously still possible, where social relations are extraneous to those that the dominant ideology tends to impose.

La Dernière Lune is a work that leads us to the rediscovery of human values, far from the needs of Western society. How does this concept emerge in the photos selected for the exhibition?

The exhibition’s path is structured as a flow of images that invites the viewer, through the eyes of people who have been photographed, to enter their world.
A world made of direct and spontaneous looks and gestures, a world that flows with the rhythms of nature and one in which the important stages of life are lived collectively.

It is a plunge into a dimension and a time of ‘others’, in which one arrives at a world that is comforting for its certainties and its human ties, far from the depersonalisation and homologation of global society.
The key to interpretation is precisely to be able to grasp this sense of intimacy with the inhabitants of the Maramures, discovering ancestral needs and ancient and shared values.

The photos exhibited at the Institutul Cultural Român in Paris are a small part of a project that will be expanded. What is the origin of the need, increasingly present in contemporary photography, for projects that do not end quickly, but that last for years?

La Dernière Lune is a photographic project that aims to explore the last surviving bond, in the Western world, between contemporary everyday life and a primitive dimension of existence.
This work is a step in the right direction and is, first of all, also an anthropological and social research that, not by chance, is inspired by the essay of a Romanian-French scholar who studied and wrote essays on the Maramures region for thirty years: Jean Cuisenier.

The beauty of long-term work is precisely this: to have the will and be able to dissect, even on different levels, a theme or a problem. It’s a different way of working than a “take-away photography”, because the development of a project, the carrying out of a study, a research, a specific thesis is often something that goes beyond the mere action of photographing.

I believe that the need arises from curiosity and commitment to carry out one’s own project extending it to more thematic or geographical areas. As everyone who works in photography knows, the problem often lies in being able to find funds or financing to carry on these projects!

Today you work with photography. Was this what you dreamed of when you were a child?

Actually, no! As a child I dreamed of winning the Olympics and being an underwater explorer. For the first option, I’m afraid I’m out of time.. but for the second one, well I’m still working on it.

Valeria Ribaldi. Freelancer since 2010 she works in the world of visual communication. Collaborate with photographers and reporters in curating, organizing and disseminating projects and events in the social and cultural field. After her studies in political sciences, she specialized in visual communication and in 2010 she followed the Training Course in Photo editing held by LBS and Internazionale, In 2013 he flies to London to achieve specialization at the School of Publishing in Picture Research.Followed by collaborations and with photographers and reporters for editing activities, photographic projects, national and international calls for proposals and archiving of images.From 2012 to 2018 she works as a photo editor and iconographic researcher for Internazionale, Condè Nast, The Trip Magazine, Shoot 4 Change, Lost and Found Studio, Picwant. During the same period she also dedicated to organizing events and exhibitions for aBcM Progetti and Parallelozero. Today she works as comunication manger and organization for many festivals as Umbria World Fest, SI Fest, Gazebook. She is project and grants coordinator and editor for ‘Ni una menos’ project and production manager @ Officine Fotografiche Milano.

Yourpictureditor. We are an international network of photo editors and experts in visual communication. Our activities are photo & video research, copyrights management, portfolio editing, photo research and production for social media, support for photo-projects. Through this Blog we deepen the themes that are at the heart of the photographic scene, talking with the main players and participating in the dissemination of photographic culture. Need support for your photographic projects? Get in touch.