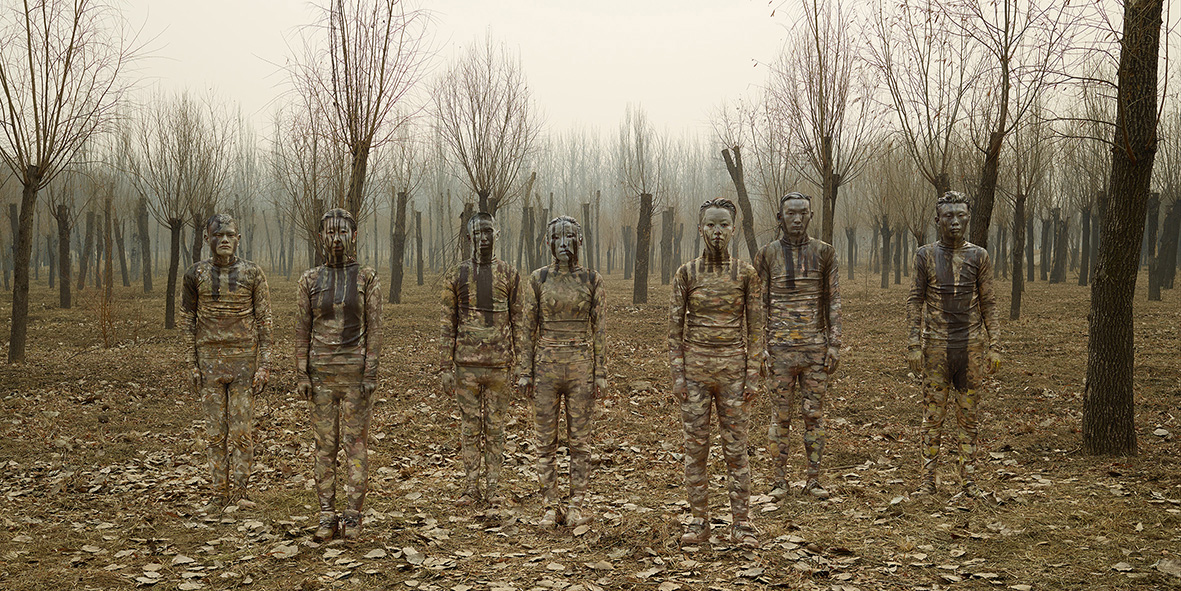 Surely the name Liu Bolin is not new to you. He’s a major artist from China whose artwork is currently on display at the Erarta Museum in Saint Petersburg and the Complesso del Vittoriano in Rome. He is “The Invisible Man” because, at first glance, his photographs seem only to hide an unusual landscape, too unusual. But, on all images, an outline of a man appears, standing within. Magic! Liu Bolin is also admired in the fashion industry: he has partnered with Annie Leibovitz and Moncler for their latest advertising campaign. He is not the only artist from China to follow, however. In the past we have talked with you about art in Hong Kong; now we interview Elisa Azzena, Associate Director at Gallery Paris-Beijing.

The Galerie was born in Beijing in 2006. Why did you decide to open another one in Paris?

Flore and Romain Degoul founded the gallery in 2006  in the now well-known 798 Art District. In 2009 they decided to expand by opening an exhibition space in Paris dedicated to Asian contemporary photography in Paris, supporting a whole generation of young artists who have become major figures on the international art scene.

At the beginning your sonly focus was on photography, but then in 2014 you decided to expand your interests towards other forms of art. Why did you make this move?

The year 2014 marks a turning point in our artistic programming with the opening of a 400 m2 exhibition space, allowing to host large-scale installations, sculpture and painting. This new space has fulfilled the gallery’s longstanding aspiration to embrace a multidisciplinary practice.

What are the Chinese photographers you represent on whom it would be worth betting, in terms of collectionism?

One of the most renewed Chinese photographers we represent is Liu Bolin, who is currently having a large retrospective at the Erarta Museum in Saint Petersburg. His stunning camouflage photo-performances has been exhibited worldwide in European, American and Chinese Museums. A are also very proud to represent Shanghai-based artist Yang Yongliang who cleverly combines ancient tradition of Shan Shui art (Traditional Chinese Painting) with photography and new medias to create a futuristic and age-old world at one time.

What are the fundamental differences you have noticed between French and Chinese collectors?

France has an old cultural tradition of collecting works of art. In China collecting contemporary art is a quite new, but with the country’s economic booming, Chinese collectors are now a very powerful and dynamic with ambitious projects.
French collectors are very intellectual, each acquisition reflects a well-considered choice, sometimes is a long process. Traditionally Chinese collectors have been more reluctant to new media and very fond of painting and sculpture, although over the past 5 years we witness a new generation of collectors willing to strongly support the emerging Chinese scene and aiming in pushing the boundaries of contemporary art.

You were born in Sardinia and now lives in Paris, being associate director of La Galerie. Was this your dream in the drawer when you were a child?

I have always loved Paris and I have been inspired by the energy and the beauty of the city since my first trip when I was a child. Also I always had a fascination for the figure of the artist, so I guess this feelings have influenced my choices after university and led me to  where I am today.

Elisa Azzena was born in Sardinia.  After a degree in Anthropological Sciences at University of Bologna, she moved to Paris, to continue her studies in cultural anthropology through the Department of Tribal Art of the auction houses Sotheby’s and Christie’s.  She moves towards contemporary art working for the JTM gallery.  After an interlude in Budapest, where Elisa was responsible for carrying out a program of residencies for artists for the Brody House Group, in 2012 she settled in Brussels.  In the Belgian capital, Azzena met Flore and Romain Degoul, founders of the Paris-Beijing Gallery. After resuming her direction of the Paris-Beijing Gallery in Belgium, in 2015 she returned to the beloved French capital, with the aim of continuing to cultivate close ties with China and at the same time developing the gallery’s programme, which was increasingly directed towards a new generation of emerging international artists, with the intention fo bring artists who were still little known by French audiences.

This site uses Akismet to reduce spam. Learn how your comment data is processed.