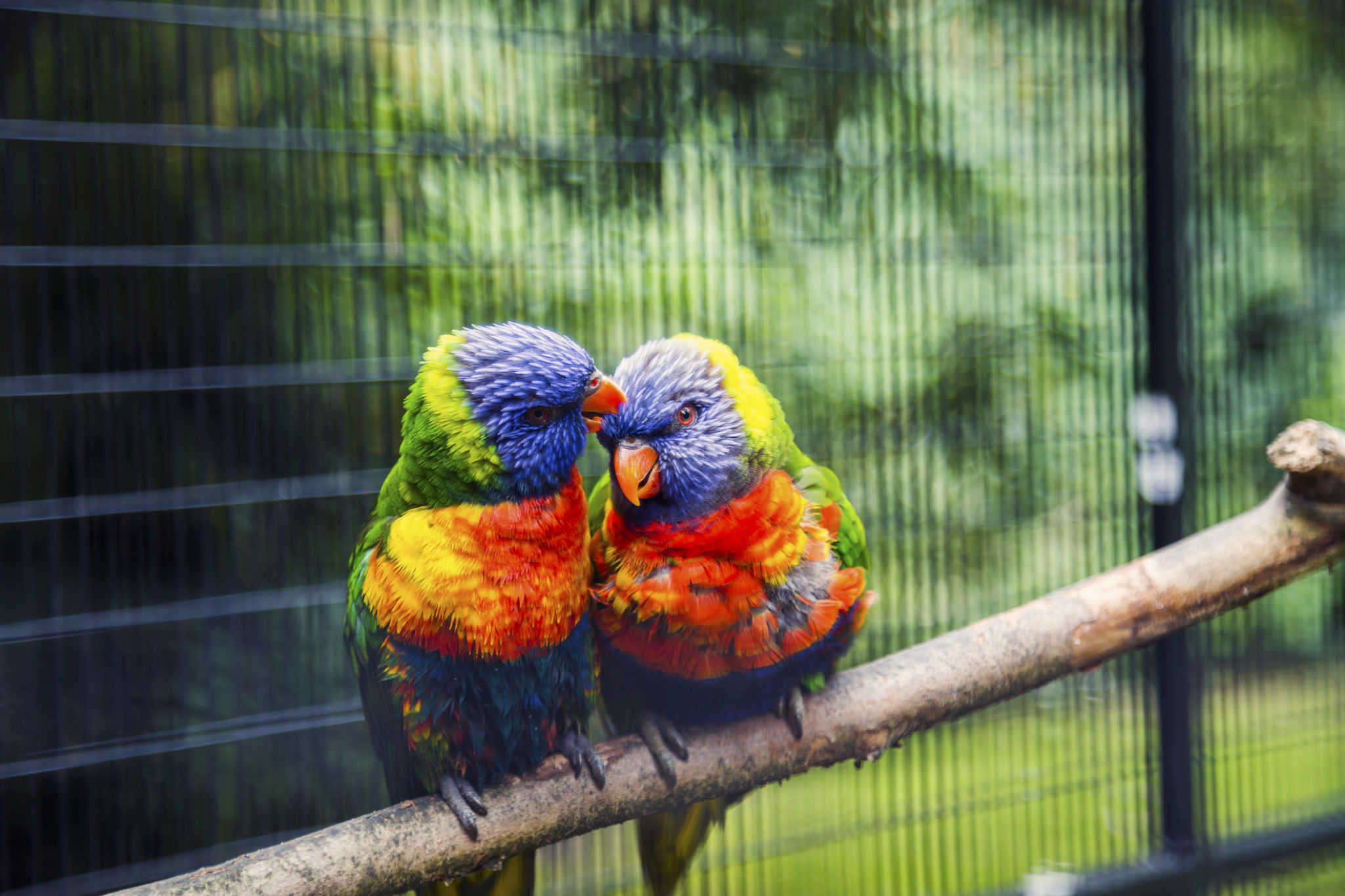 Fair pricing and making things simple: this is Picfair, not a new photo agency, but a promising marketplace, which aims to connect professional and amateur photographers to buyers from all around the world. We meet with Benji Lanyado, founder and CEO of Picfair, in their London office based in the trendy startups area of Shoreditch. He tells us the story behind Picfair, their picked image-filtering algorithm and how he dreams of changing the entire industry.

Why did you decide to launch Picfair and how did you do it?

I used to be a journalist at the Travel desk of The Guardian and for The New York Times, and it used to really frustrate me to see that everybody used the same image sources. There was no differentiation, and you could end up using the same images as your competitors.
Meanwhile I was seeing the proliferation of fabulous pictures on social media and I used to go personally to negotiate rights with somebody I found on Instagram, Facebook or Flickr – people far away from big agencies such as Getty Images, Shutterstock, Alamy. But this was such a difficult process and I realised that within the growing sphere of amateur photography there was so much opportunity I couldn’t get to.
Then I quit my job at The Guardian, I learned how to code and I built the first version of Picfair myself. I didn’t know so much about the industry when I started building Picfair. All I knew was that I wanted to build something that allow anybody to license an image to anybody. What I discovered gave me also the ambition I needed. 3 things in particular shocked me, in order of craziness:

Number 1: crazily complex licensing. On Getty Images for example there are 385.000 ways to license a single picture. This is an absolute crazy mess that nobody outside a very small section of professionals understand. This has to change!

Number 2: restriction of everybody but professionals from the market. We are living through the biggest proliferation of images in history. But the real story is that the quality of these images is also increasing, and really good cameras are now affordable, editing softwares are now cheaper than ever. All bits of editing tools for professional are now mainstream.
It’s true that the quantity of pictures is going up crazy but so is the quality and none of it gets to the market! The image licensing industry is 99% professional, but this is not the way it should be or could be.

Number 3: is the worst. On average 74% of the money generated by image licensing companies does not go to photographers.

Anybody looking at the industry now, and especially investors that invested in Picfair, think that this is wrong. Other marketplaces across the web takes 10% (Airbnb) or 40% (Groupon) and people still complain about this. Picture licensing is out on its own, exploiting photographers and it’s not fair.
So this are the three forces powering Picfair that we want to change. We have a big ambition, we want to change the entire industry by making the licensing simple, creating access to a new generation of photographers and also creating the technology that can curate images that are coming from anywhere. And finally we want to reset the royalty balance, so the photographers get what they deserve.

How do professional photographers respond to the fact they need to compete with amateurs?

Picfair is one of the most interesting new platforms to license images, but how does it really stand out in the industry?

No one does it exactly how we do it. Our model is different, we are the only fully open marketplace where the photographers control their own prices and get the majority of the royalties. I think that is probably the fundamental difference.
We are not an agency, we want to build a marketplace which is how is going to be in 5, 10-year time. Paying photographers fairly, simplifying the licensing… all these things are strange to the buyers and the photographers and a part of our challenge is to explain to them that this is how it should be.

Do you think the traditional licensing industry is dying?

Not yet. The market is still dominated by three companies, Getty, Shutterstock and now Adobe photo, however if you look at many other industries across global business, and at the growth of major startups, you will see that the process is continuously moving from agencies to marketplaces. This is what the internet does. It can disintermediate the big agencies that control the flow of money in and out of any industries.
I wrote the first Airbnb cover story for the New York Times and I was struck by what they were doing which was a big inspiration for Picfair. I think that the two industries, holiday rentals and the licensing industry, are exactly parallel.
Before Airbnb came along, the holiday rental industry was controlled by huge companies that were restricting the supply to the market, and telling customers what they liked. But sometimes the customer wanted something different, something more authentic.
Shutterstock for example has an in-house image style, very clean, very standard, some customers want that, but many many don’t. And they don’t know that there is a different world out there where images are more authentic and more real.
Why do we have thousands of licenses on Getty? Because they want it to be complicated so they can be in the middle of it negotiating. The truth is: it doesn’t have to be complicated and you don’t always need people in the middle to negotiate it. Sometimes of course you do, and there will always be a place for sales team, rights negotiators, especially for big business, big publishers, big agencies, but you don’t need that anywhere anymore.

How does the Picfair algorithm work?

Broadly speaking, it is an algorithm trained manually by us. It is a digital version of our taste and this means that the images we like tend to appear on top searches as well as the images that we think match our client’s style.
I am very proud of this algorithm because it is a small way to build a system that allow us to truly understand images from everywhere.
However it is inherently flawed because it is our taste. We don’t want to have an in-house style like Shutterstock. Even if we think that our taste is better than Shutterstock’s, that’s still subjective. Our aim is to build a system with million variations of taste differences and taste filters, that allow you to choose your own image taste and we would reform the search results accordingly.

Who are your main clients?

We only just started to talk to buyers. Broadly speaking, we are targeting 3 sectors: it’s publishers, agencies and corporates and then is everybody else, small business, startups, charities, designers, individuals, freelancers. The quality of customers is very high, we are working with Rough Guides, Time Inc, The Guardian. The top clients are already engaging with us, it’s fantastic.

What is a typical day at the Picfair office?

We start with a sales meeting, and a morning “stand-up” where every single person basically stands up and for 1 minute explaining what they did yesterday and what there are going to do today.
Then we might have a meeting with our in-house engineering team about what we are going to build this week and after I might be working with our social media manager who is responsible for curating image stories and distributing them on Facebook, Instagram, Twitter. Then I might be meeting with our Library Manager, who is working with individual amazing amateur photographers as well as big collections like Robert Harding. He is also working on distributing us on other countries that we are not targeting ourselves directly.
Then we have a blog and a referral program, where we can do a revenue share with photographers or anybody who would like to refer Picfair.
And than a lot of investor relations. The founder of Reddit, Alexis Ohanian, for example, is an investor in Picfair. So there’s quite a lot to do.

What are your favorite images on Picfair?

For me personally I love images that really make you feel something quite strongly: sad, excited, inspired, usually where it got involved some sort of human interaction. I love images where you learn about the photographer as well, and you see something unique. Because most of our photographers are amateurs, it means that we see some part of the world from a prospective that you wouldn’t otherwise see.

A final, more personal question: what was your dream job as a child and is it anything close to what you are doing now?

Mm… no, I wanted to be a footballer! And after that I wanted to be an air hostess – I didn’t realize an hostess was a woman –  but I wanted to do that job where you are serving people on air. But I sort of did something similar, as I ended up to be a travel journalist…
I do think though that running a business suits me, it something that translates closely from journalism because you have to work incredibly hard and a lot is about creating ideas and telling stories.