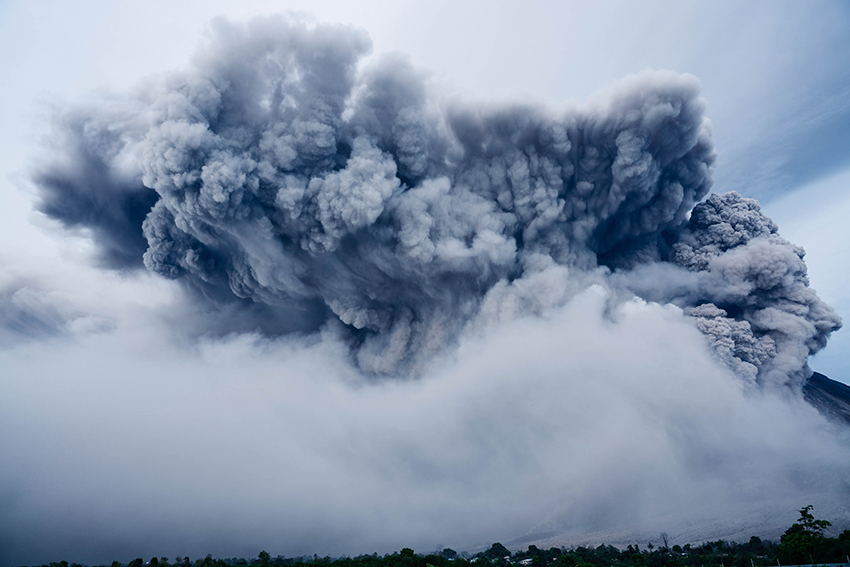 September 2017 has seen the library reaching the amount of 300.000 pictures “gifted by the world’s most generous community of photographers”, as the Unsplash’s motto says. Billion views per months and million downloads are also to mention. 1.200 pictures are submitted every day and there’s no algorithm selecting them. We have interviewed Annie Spratt, Community Manager at Unsplash and also in charge for managing the daily photography flow.

Unsplash is now world-renowned for accelerating big changes in the photography industry, like distributing images for free. Why? What are the motivations that have moved the founders?

Unlike most big photography sites, Unsplash didn’t begin as a start-up with heady ambitions — it started as a Tumblr account with a simple premise: 10 new curated photos, every 10 days, but with one super-special secret ingredient: every photo was 100% free to use.
Whilst starting out with our one-time parent company, Crew, which has since been acquired by Dribble, we found that finding good stock photos was a problem. Stock photos at the time were generally cheesy and slightly cringe-worthy—certainly not the brand message that we wanted to portray to the world. We hired a local photographer to shoot a set of photos for us, and the photos that were left over we gave away on that Tumblr blog.
As it turns out, giving people the freedom to use beautiful photos for whatever they wanted (personal projects? company websites? album covers? magazine visuals?) was a great way to make those photos spread like wildfire.
Unsplash is a humble side-project that happened at the right time, fixing an issue that it turns out many people were having – sourcing decent free imagery.

What were the biggest challenges Unsplash had to master to become what it is today?

I would say growing to scale has been the biggest challenge for us as a small team. From the number of accounts created and photos submitted to how we serve the photos to billions of people visiting unsplash.com.
My team mate and one of the co-founders of Unsplash, Luke Chesser wrote a brilliant article about scaling Unsplash with a small team.

How many images are uploaded daily and how does the selection process work?

When I joined the team at the start of 2016 we would receive, on average 600 submissions a day. Now in October 2017 it’s on average 1,200 photos a day. One of the big differences between Unsplash and some other free photo websites is that every single photo is reviewed by a human being, usually me, who performs a number of checks on them before curating the best of those submitted photos to the New Feed and search function of the site.

There are 4 types of photos on Unsplash: rejected, approved, promoted to search and promoted to the new feed. Here’s a quick definition of the 4 types:

These photos are typically flagged for issues such as nudity, violence, or factors such as the photo contains borders or watermarks. These photos will not appear anywhere on Unsplash.com.

As long as photos meet our guidelines, they will at least be approved on Unsplash. These photos appear on a contributor’s profile, but they won’t appear in searches or the Home or New feed.

These photos are a subset of the Approved photos, and appear on a contributor’s profile, as well as being searchable.

4. Promoted to Search and the New Feed

These photos are a subset of the Approved photos, and appear on a contributor’s profile, as well as the Unsplash Home and New feed. These photos are curated by Unsplash’s Editorial team, who look for a few specific things such as composition, colour and subject.

What is a definitive YES (or NO) when selecting images?

We have a set of very basic Guidelines that rules a certain ‘No’ for some types of photos, nudity, borders, quality for example. I know there’s a definitive ‘yes’ when I see a photo and gasp, or I’m left wondering more about the photo, the story behind it, how they took it or the creative process behind it.

What is the most challenging part of your job? And what things give you the greatest satisfaction?

Funnily enough these are both the same thing – curating the photographs that are submitted to Unsplash.
This growth is the most challenging part of my job, as it’s very important to remain unbiased, critical and diligent when working to such a scale. We recently hired a second Community Manager to help share the workload so it’s less challenging now than it was a couple of months ago!
Curating the photos submitted is also my greatest satisfaction. Every morning I know I will sit down at my computer and be impressed and inspired by the talent of photographers from around the world. I’m a contributor to Unsplash myself and viewing so many photos has helped improve my own photography immensely. I often recommend, when asked how people can improve their photography, for people to spend time looking at other photos. Unsplash is a great place to do that.

There are trends in photography and Unsplash really keeps up with them. How do you spot them?

Trends in photography filter through into submissions. Earlier last year the trans for a more matt filter to photos was apparent, then it moved on to heavier grain with people emulating film cameras. Currently there’s a real shift towards experimenting with colour and candid angles and reflections, especially in street photography.  The New Feed on Unsplash is a great place to get a feel for the current trends in photography.

Our last question is more personal: As a child did you have a dream job? And is your actual one close to that dream?

As a child I wanted to be an artist, a pen and ink illustrator to be precise. One of the most wonderful things about creativity is the overlap within it, music, illustration, making, photography, writing.
Photography was never a part of life when I was growing up. I have a large family now, and it was taking photographs of my own children and the forest that we live in that got me hooked on taking photos.
Through photography I found Unsplash, and through finding Unsplash I found the role I am in now – and much bigger and rewarding community.

Annie Spratt is the Community Manager at Unsplash since January 2016. Part of the Unsplash team works remotely, and I am one of them – based in the UK (though I do visit and work with the rest of the team in Montreal a few times each year which is always nice!). My daily responsibilities include curating the photos submitted to Unsplash, handling support enquiries, talking with contributors and users and working on special projects within the community.